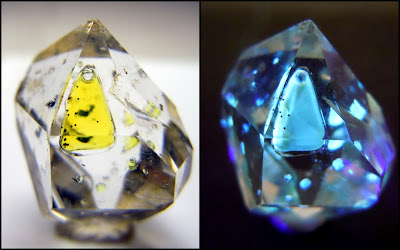 This is one of my favorite materials from Pakistan. I have been buying small quantities of it for 3 years. I know there was a production around 2002 and the pieces were not really big.  Most were around 10 mm in size.
The material was gone really fast and around 2008 small quantities started to show up again. Then in 2011,  I ran into a small parcel with bigger stones, with pieces ranging from 15 mm to one huge 36mm crystal. It was the largest piece that I had ever seen or heard of.  I had never paid so much money for Quartz.
I was lucky again to get a few larger pieces in Tucson this month.
So I thought I would share with you a little bit about these special crystals.
They are very transparent, "water clear" crystals.  The faces are smooth and very lustrous without pronounced striations, making the perfect canvas for the inclusions with no interference inside or outside the crystal.
The most visible inclusion is the petroleum trapped in the cavities
and negative crystals. It is usually bright yellow with some that are slightly brown.
Some of them have methane bubbles within the petroleum. Some move, some are stationary. Although not very visible, a lot of the times, there is a small amount of water along the edges of the cavities.
Many of these crystals also host black and brown Asphaltite, the group name for bituminous hydrocarbons. The Asphaltite can be found inside the Quartz with no fluid association and sometimes
it can be seen inside the cavities along the petroleum. In a few  rare cases, the Asphaltite moves freely within the cavity.
I noticed that in cold days, the bubble moves slower than usual but if you just hold it for a couple minutes, it warms up and starts moving faster again.
This alone makes it a fascinating material. But on top of all that,  it fluoresces bright blue under long wave UV. Now that is insanely cool!

Here is a little photo gallery and a video at the end. Click on the photos to see them larger. 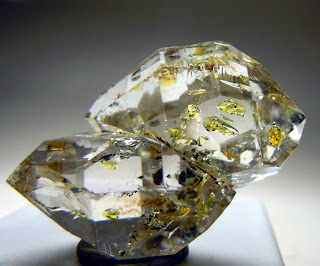 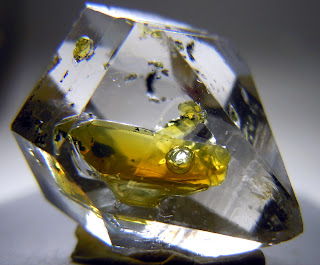 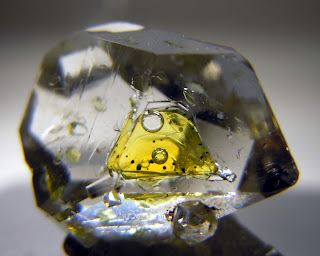 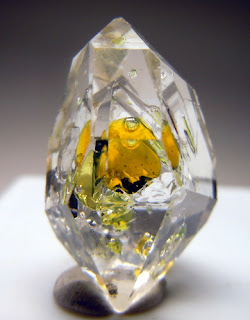 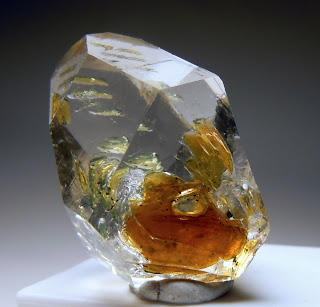 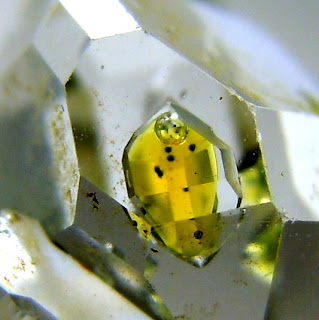 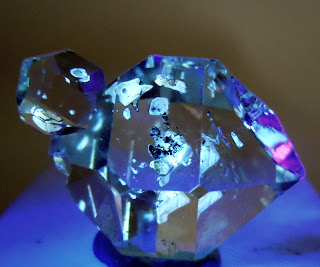 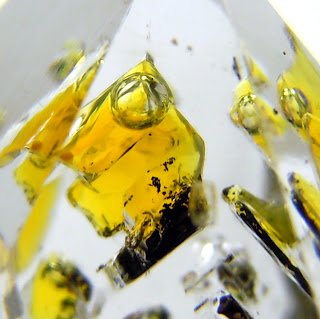 And a short video: