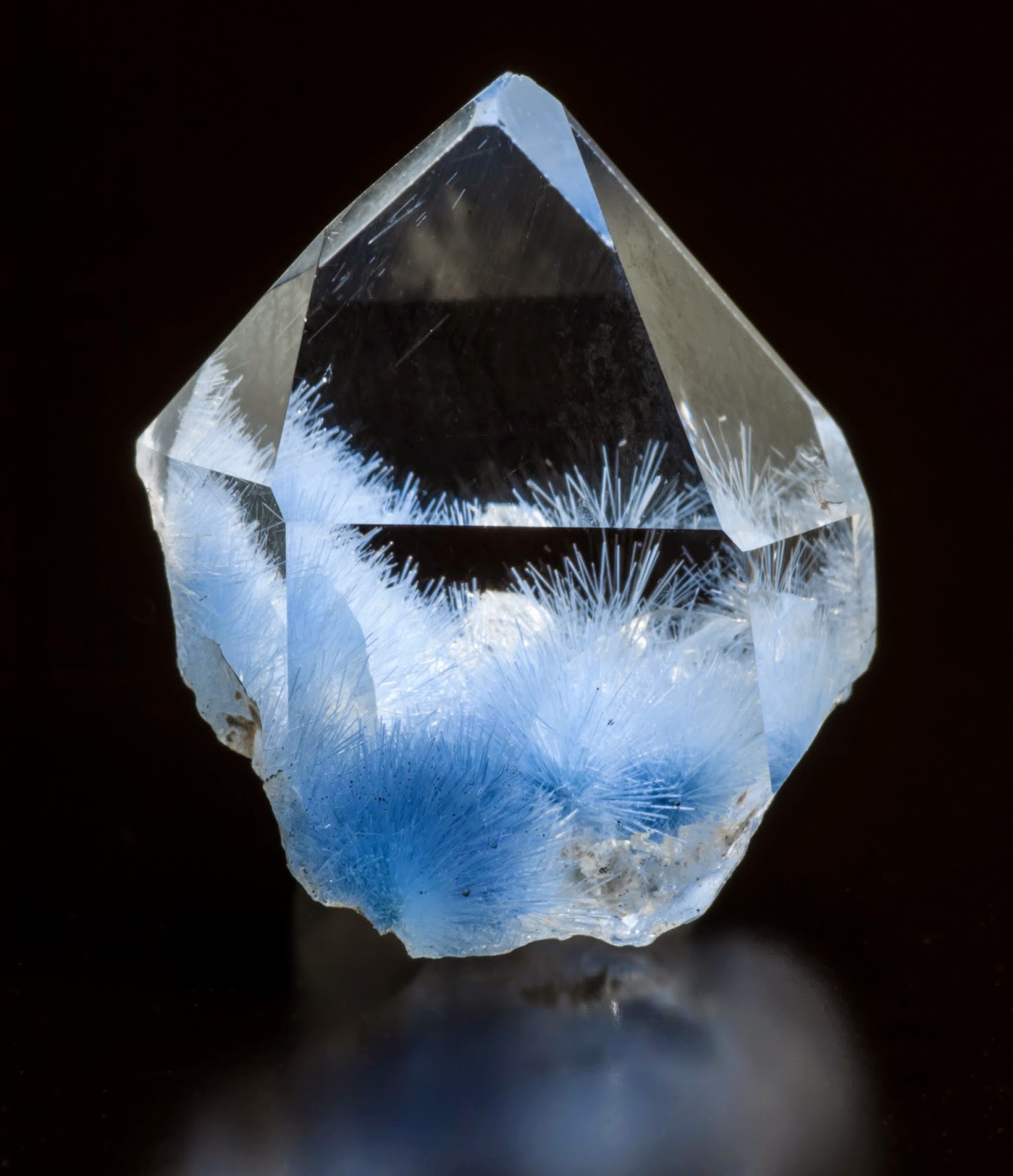 A little over a year ago we started buying small quantities of Quartz crystals with blue needles of Dumortierite inside.
The locality, is western Bahia, near Vaca Morta Quarry, a remote and hard to reach area  near the border with Tocantins state.

The production is not small in terms of material, but most pieces don’t have any inclusions. Around 20 to 30% of the material has the desired blue inclusions. 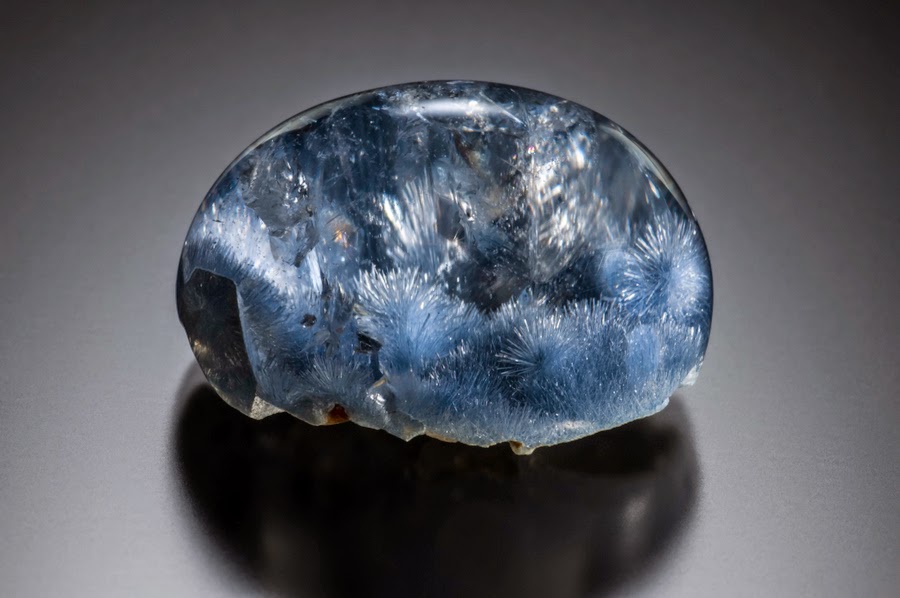 The price also sky rocketed mid 2014, since the demand was huge and the supply limited.

There was another find in the end of 2014. This time with slightly larger pieces, and some of the Dumortierite crystals were thicker with a metallic sheen. A small amount of deep blue pieces was also found.

It is very interesting to note the range of colors from colorless to Sapphire-blue to sometimes brown and yellow.
The Dumortierite is usually concentrated on one side of the crystal, usually the bottom.
The cabochons are cut leaving the bottom uncut to preserve the inclusions as much as possible.

Dumortierites were always common in this part of Bahia, but according to John Koivula, from GIA, this is the first time it is seen as visible crystals inside Quartz.

We usually offer uncut crystals, polished points and cabochons.
Many of the below pieces are available at LucianaBarbosa.com

Here is an example of the variation of shapes and colors:

Here, sharp blue needles making a line in the middle of the cabochon. 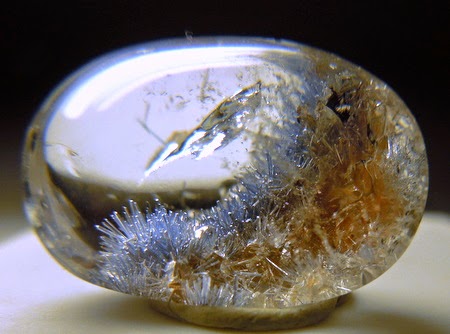 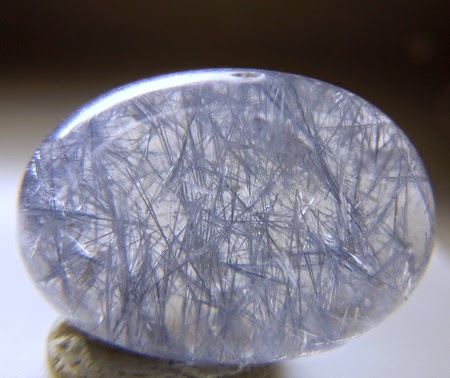 Here, a little cluster with Dumortierite in the smaller crystal. 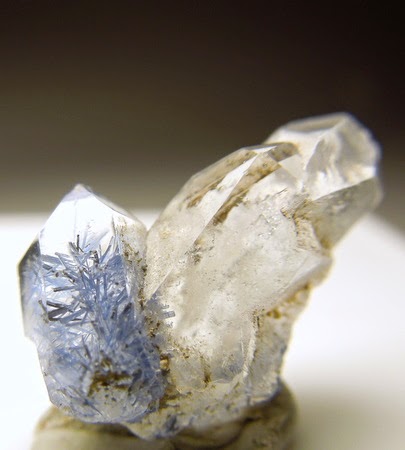 Here, another natural crystal with a "blue carpet" and one terminated Quartz inside. 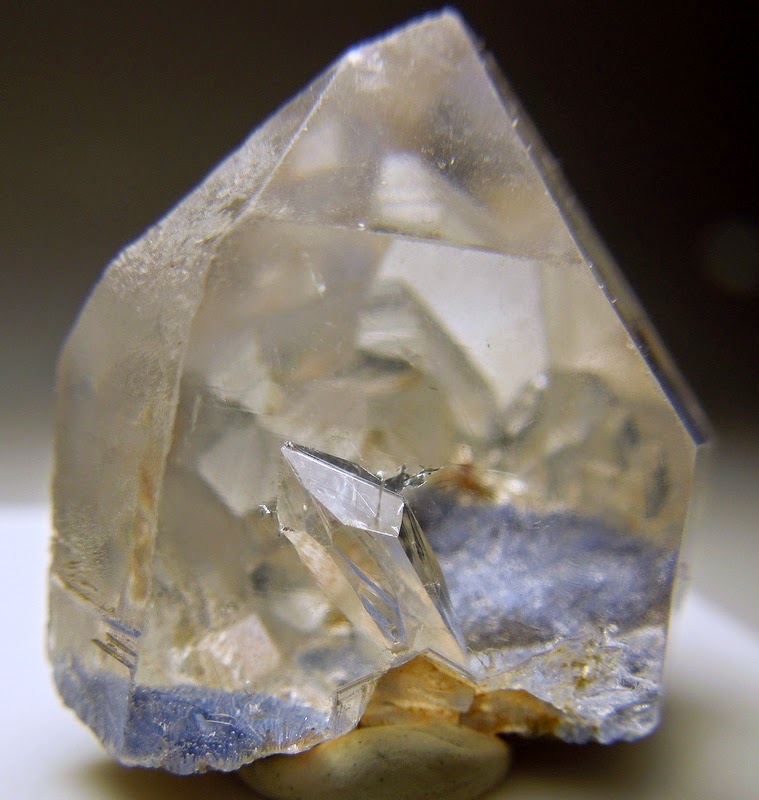 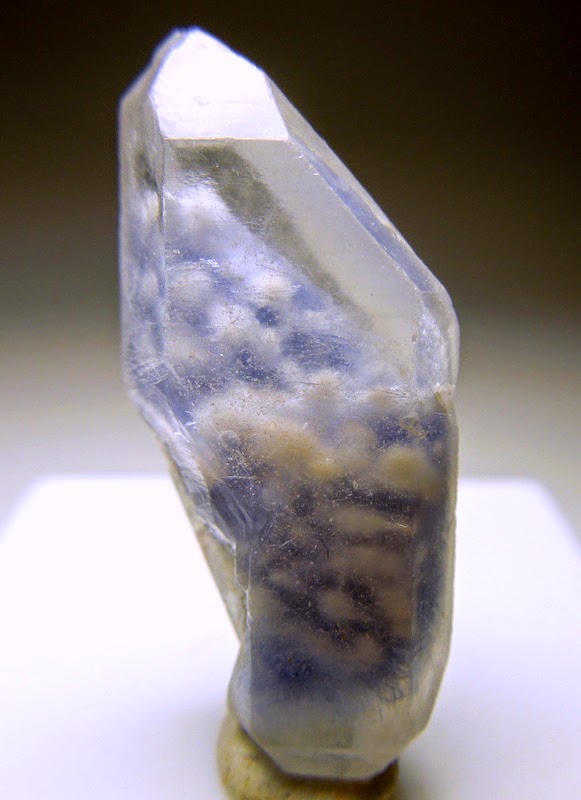 Here, a phantom-like pattern with little needles coming out of it. 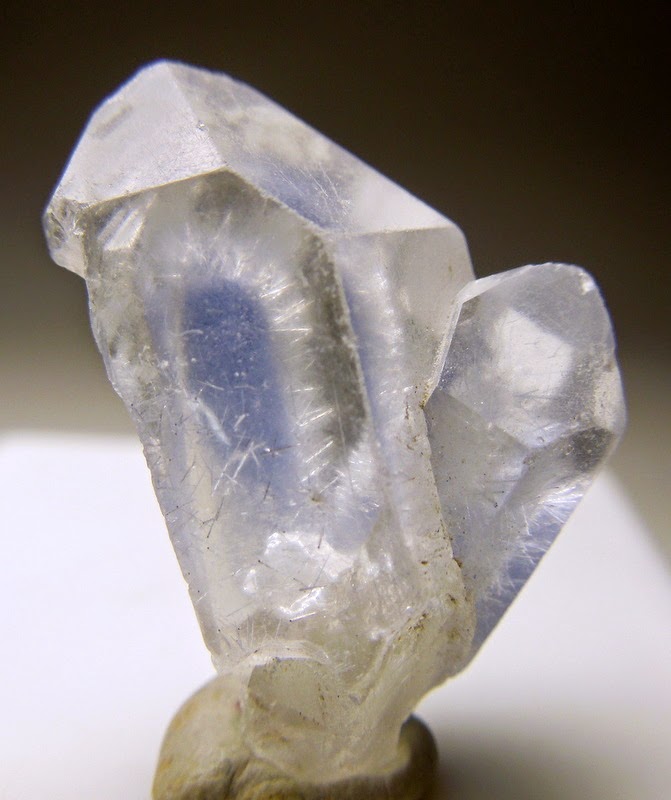 Here, a strange white/yellow phantom mixes with blue needles in the bottom. 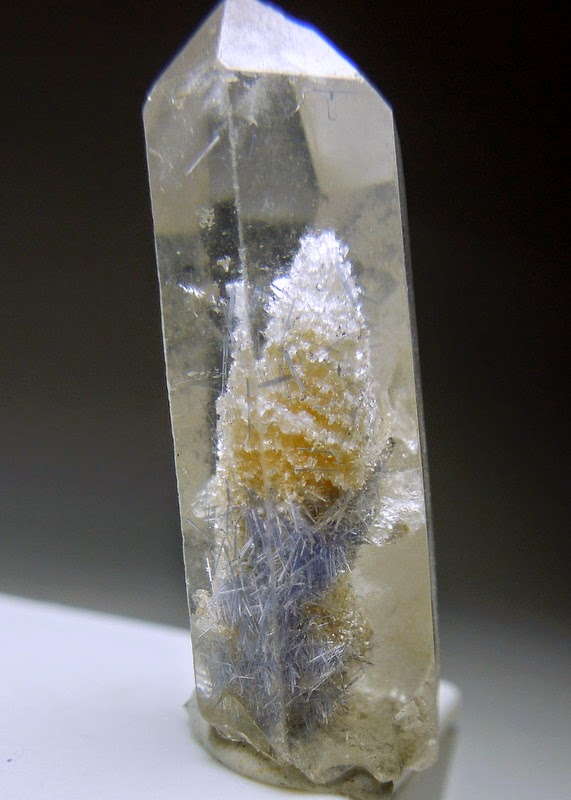 A cluster with fine needles on one side. 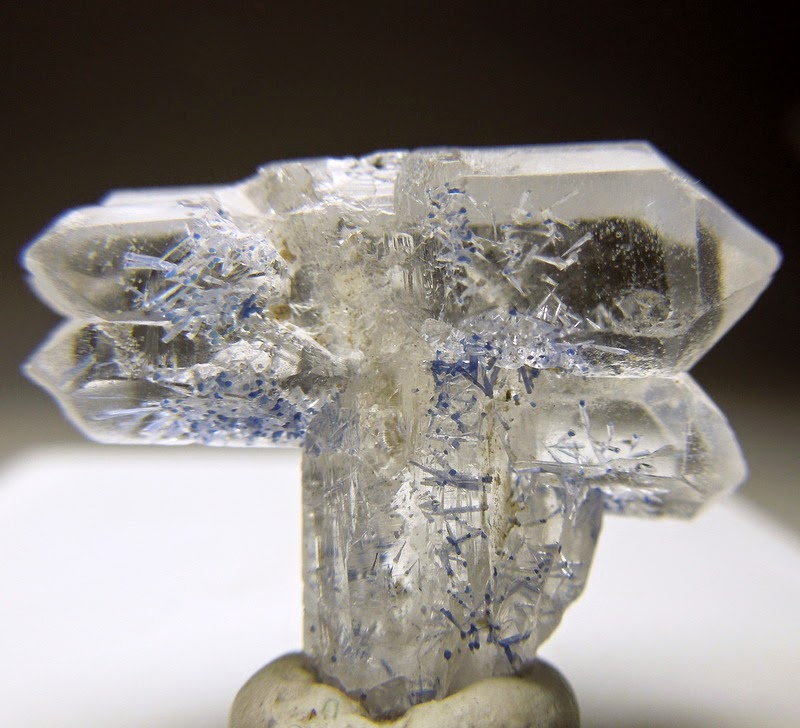 A double terminated crystal with Dumortierite in the bottom and scattered needles near the surface. 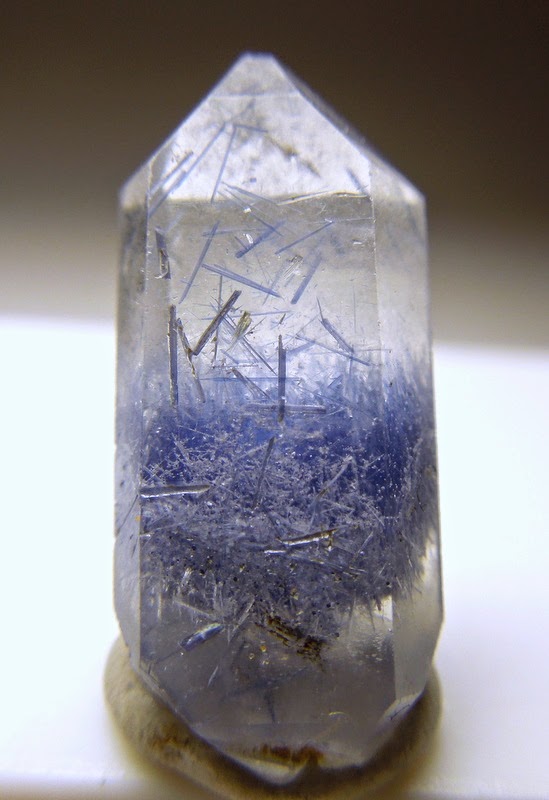 The next three photos are of a large cabochon with little star shaped clusters: 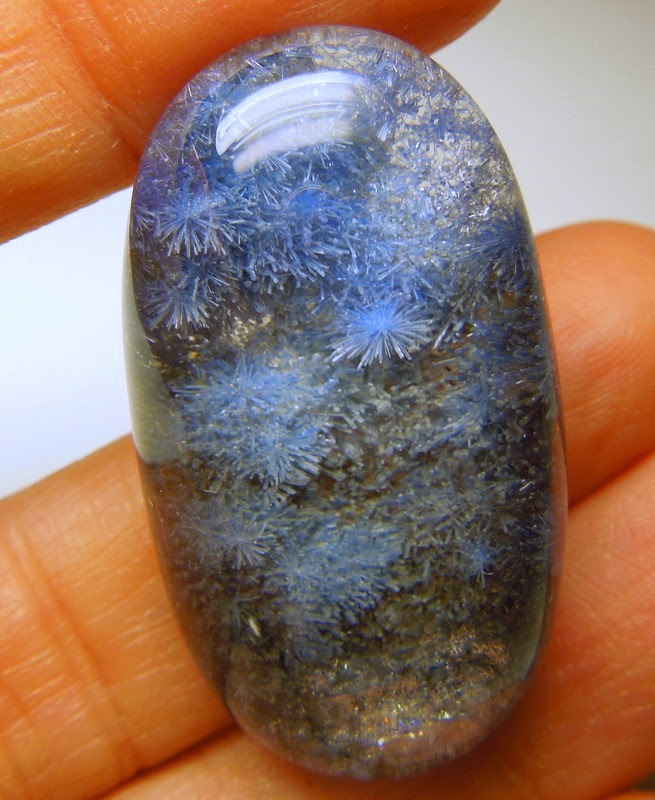 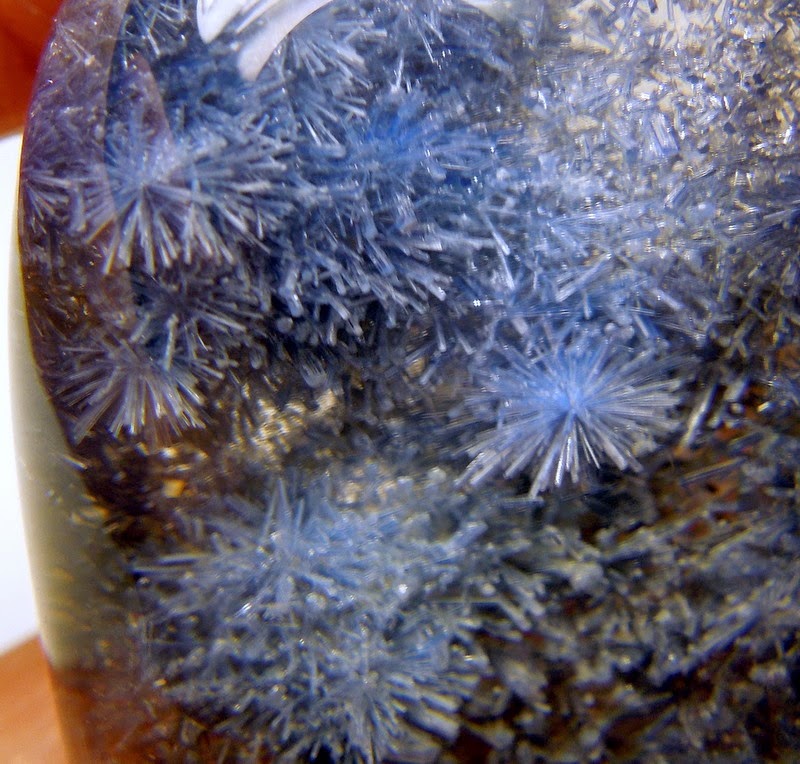 This one has a blue layer in the bottom and a single Quartz crystal coming out of it. 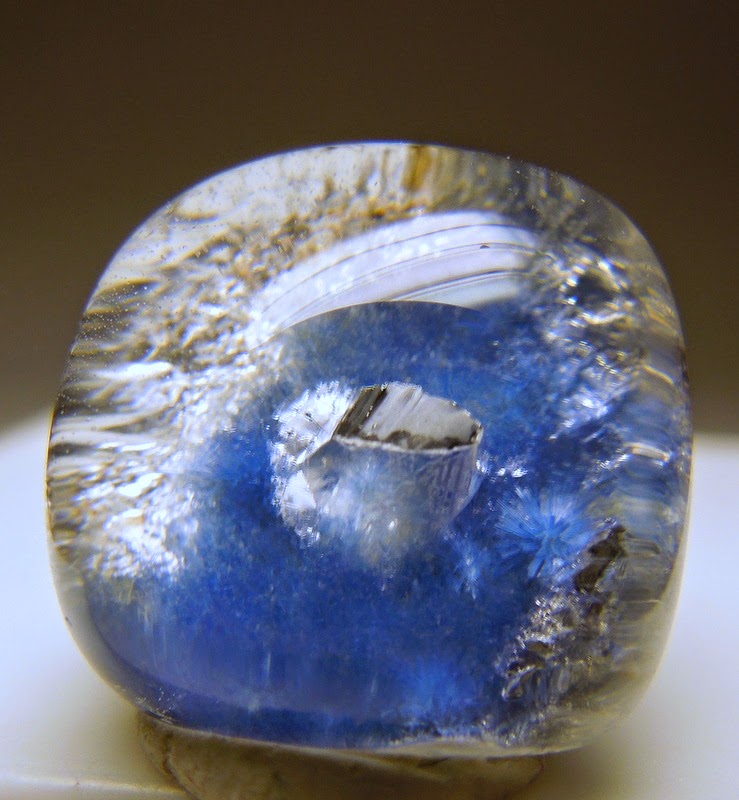 Metallic blue needles inside a cabochon: 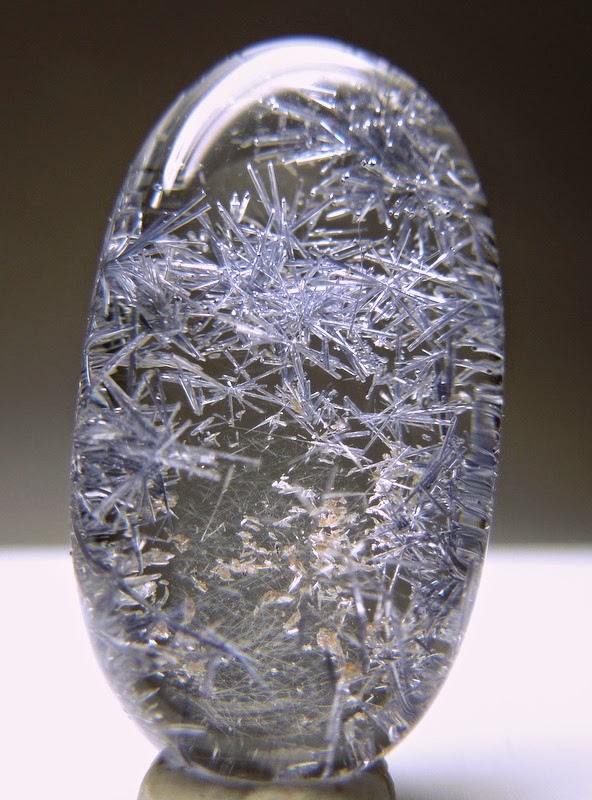 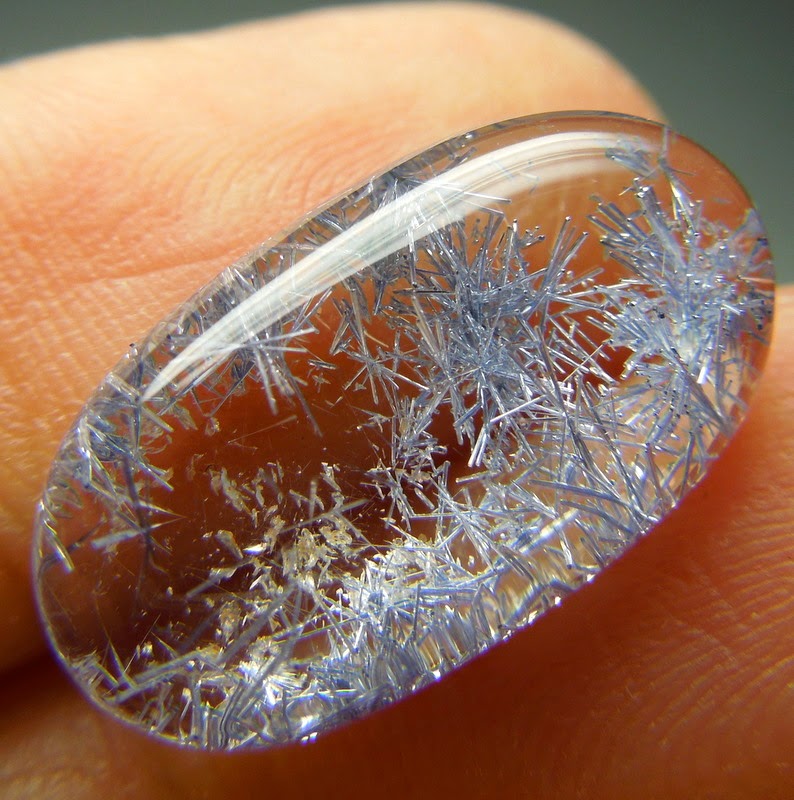 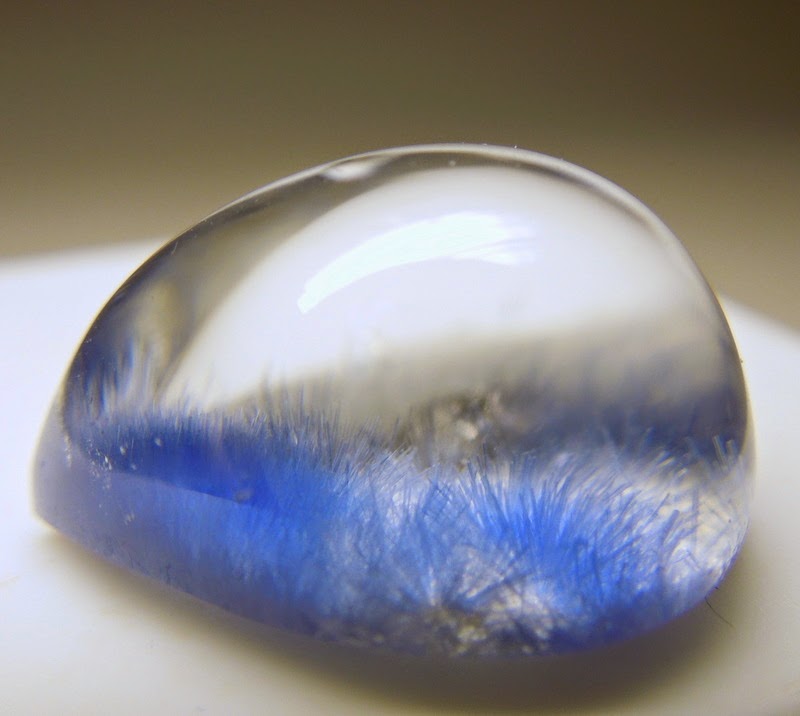 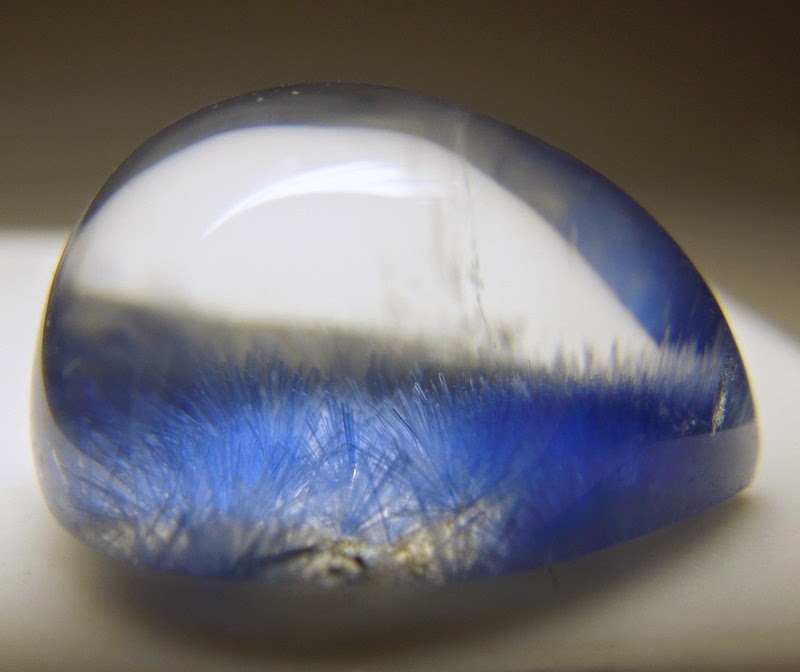